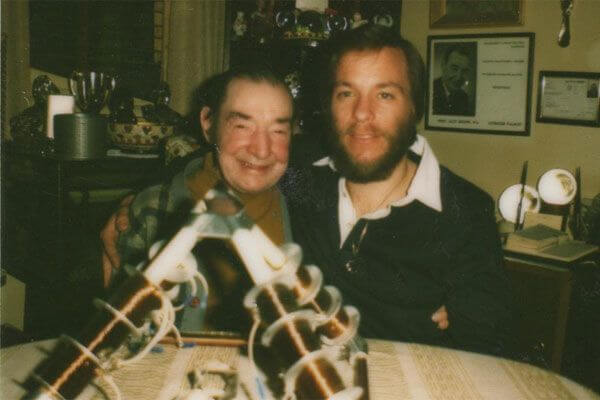 Robert Lloy discovers the secret of the quantum energy-scalar vortex miracoil, and creates the first quantum energy miracoil for his spiritual development. 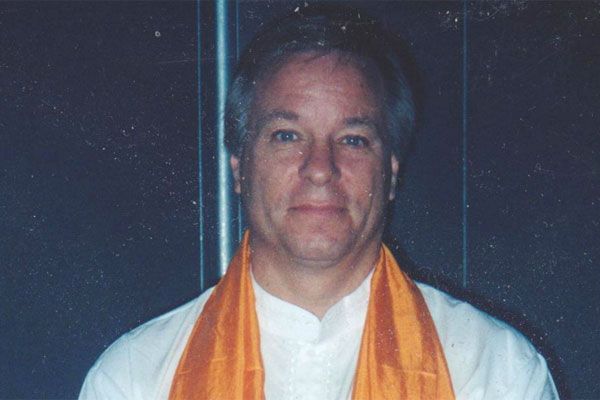 Robert becomes a Transcendental Meditation Teacher. His teacher Maharishi Mahesh Yogi, sends Robert to meet Nobel Laureates in Germany to discuss the scalar vortex miracoil creation. They are curious and want Robert to reveal the secret.

He hears the inner guidance: “Put it away now. Mankind is not ready to know this yet”. He puts it away and goes to work in a mine in Canada. 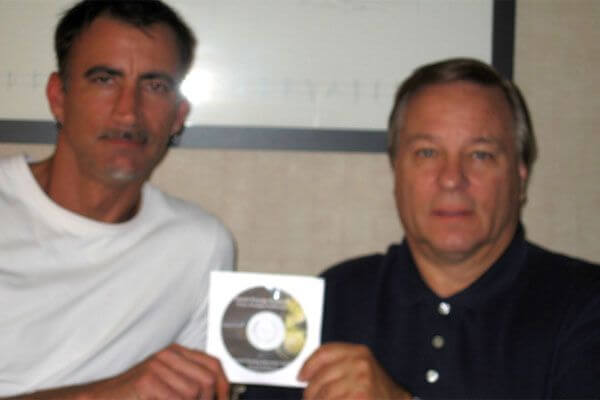 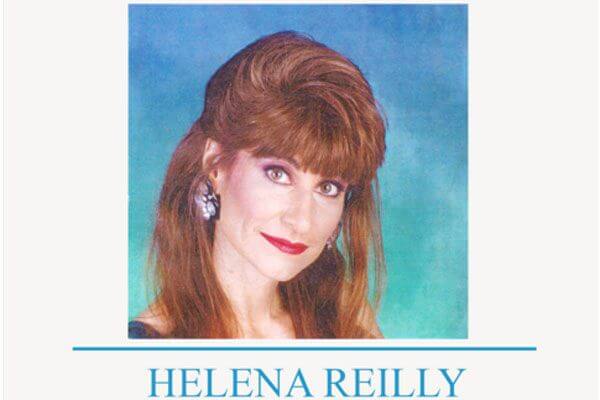 Helena returns form 2 years in India at the ashram of Gurumayi Chidvillasanda, where she worked as a therapist. She begins searching for an effective modality of change. She meets Robert’s technology at the University of Honolulu. Helena purchases the Voice Assessment program and asks Robert to add the Scalar vortex miracoil creation to amplify the voice-activated sound therapy. She begins a private practice in Manhattan and writes her first book, Sound Energetics. 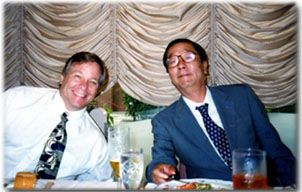 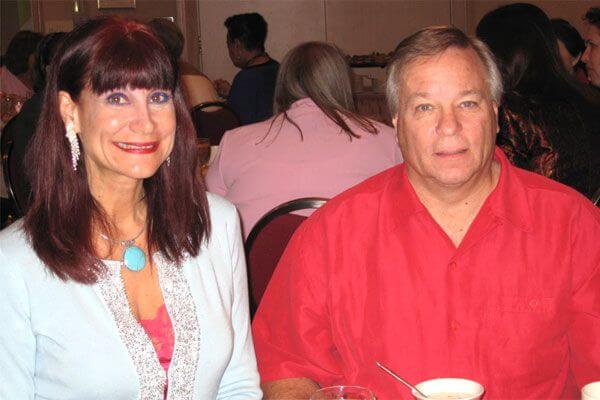 Helena joins forces with Robert, and they create a structured water bottling plant in Ventura, California. Robert is working on Version 2 of the Voice Activated Sound Therapy. 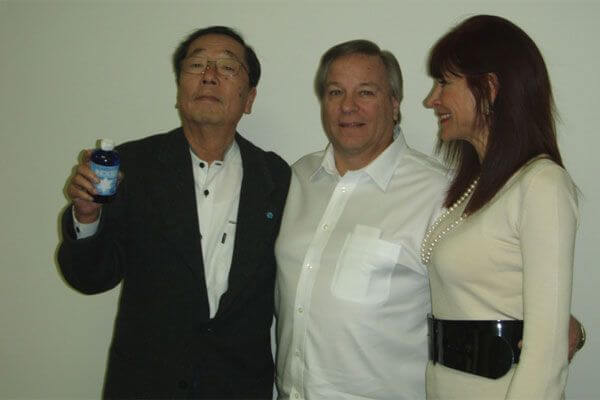 Dr. Emoto visits Robert Lloy and Helena Reilly in Ventura, California and presents the water molecule picture to Robert. He then asks Robert to form a partnership called EmLloy and requests the creation of the Indigo water formula. 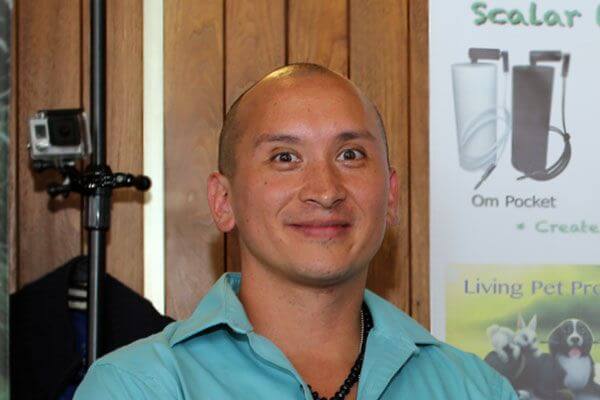 Quantum IQubes are created. Rejuvenation, Trinity-Tesla, Theta Love, Focus iQube, Harmony iQube. Om Pocket is created. The Golden Six Waveform is created and integrated into all soundtracks. Version 3 of the Voice Activated Sound Therapy. This is brought online at quantumsoundtherapy.com/Cloud-Sound-Therapy

Six simple words define us: “Change your brain…change your life.” 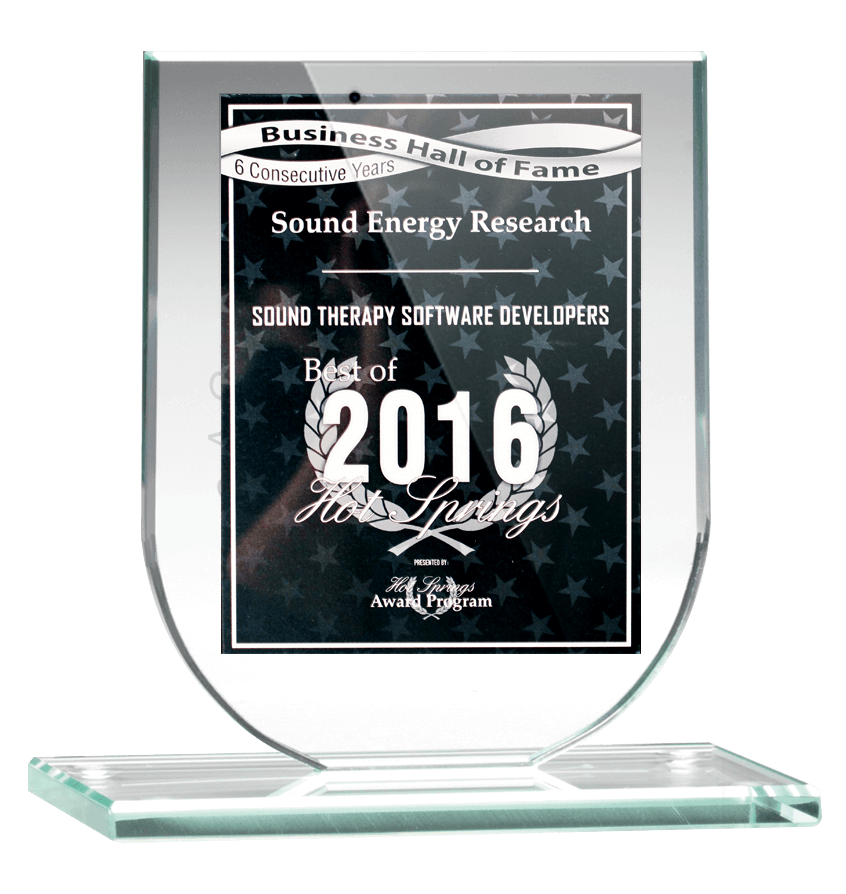 The mission is to provide thought leaders, advanced seekers, healers, platinum level spas, health centers and alternative teaching centers the tools to support people to manifest the miracles that their lives require. Our mission is to spread this globally by identifying key leaders in the transformation community and creating strategic alignments with them with the common purpose of service to the planet!!!!

We are an award-winning quantum energy, scalar wave vortex technology, and software development company that has hacked the code to push humanity forward. The secret is hidden in the quantum energy-scalar energy vortex technology and the frequencies of your voice. Our tools (invented here) to raise your resonance and open the doorway to your highest potential.

But more important than who we are, is what we do. With our scalar energy vortex technology and by hacking into the frequencies of your voice, we are able to raise your resonance, and help you reach your highest potential.

Simply plugging in one of the technologies can alter the trajectory of your destiny.

Imagine a life of fulfillment, joy, and relaxation. With over 35 years of development and refinement, Quantum Sound Therapy has created the products and teachings that will finally help you reach this desired state of consciousness.

Discover for yourself our Quantum iQubes, Quantum Cloud Sound Therapy, and variety of quantum structured waters, and you will soon find the doorway has been opened for you to reach levels of harmony and balance you never thought possible.

Our vision is to create a world of enlightened masters who

consciously co-create from a place of love.

We put our attention on creating the tools that create the bridge to the golden age of humanity. All of our efforts work towards one building block at a time to create a solid foundation for the future. Service, Integrity, Compassion, Awakening, Enlightenment, Liberation, Freedom from False & Limiting Beliefs, Illumination, Leaving a small tribe of people & the Planet better off than when we entered their lives, Knowledge, Shifting the allopathic paradigm to the paradigm of vibration, self-healing, and self-empowerment. We are dedicated to optimizing these tools to their maximum capacity so that they create greater impact both personally and globally.

To Oneness. Scalar technology is your shortcut. Take it.

From a young age, Helena has been healing and counseling others. Following her passion to heal she obtained a Bachelors and Master’s degree in Psychology from the University of Chicago. Upon graduation, she moved to India to study and learn from the enlightened masters as she searched for a modality that effected deep, efficient, and lasting transformation.

After her time in India, Helena moved to Hawaii where she was introduced to Robert Lloy and the VAHS system (version 1). Armed with her recently discovered knowledge, the gift for healing, and newfound VAHS technology, she moved to New York and opened a private practice where she conducted research through numerous sound frequency clinical sessions.

During her eight years of private practice, Helena published the book Sound Energetics and was a guest on CNBC and many radio and cable TV shows. She lectured on Sound Therapy and Sound Healing at events throughout New York City to educate the public on vibrational approaches to healing.

Helena was recently nominated and will be awarded the Therapist of the Year for 2016 by Who’s Who of Distinguished Alumni for exceptional service to humanity, and her work to eliminate negative emotional patterns.

A consciousness architect and the founder of Sound Energy Research, Robert Lloy, developed scalar energy vortex technology over 30 years ago to push humanity forward to awaken consciousness and activate the subtle brain and chakra system. Starting as a teacher of TM meditation, Robert has worked with some of the world’s leading scalar technology experts, scientists, doctors, and spiritual leaders. He is a divinely inspired inventor whose work comes to him in the form of dreams and picture images similar to Tesla.

Robert works in the realm of the divine sciences. His breakthroughs and concepts are not based on generally accepted scientific theories. He is a true pioneer in the new Quantum Sciences, which understands that everything is vibration.

When Helena and Robert’s path crossed once again in 2002, the concepts and beginnings of Quantum Sound Therapy as we know it today was born. With a mission to develop and bring scalar technology to the world, they began to build, produce, and collaborate with top minds to bring about groundbreaking technology and products in the scalar and sound therapy realm.

In 2003, Helena and Robert teamed up with world-class programmer Les Marshall to develop version two of VAHS. Later that year they partnered with Dr. Masaru Emoto to create “Indigo Water”. The Indigo formula, based on the request of Dr. Emoto’s friend and colleague, Professor Makoto Shichida, produced astounding results. This accomplishment together with their presentation of VAHS (version 2) throughout the United States, formed the foundation of things to come.

In 2006 the third version of VHAS was created through collaboration with Les Marshall once again. This third version is what we now know as Quantum Sound Therapy.

In 2007 Helena and Robert moved to Hot Springs, Arkansas, where they established a company and clean room facility. This location has since served as the foundation for their quantum structured water products, serving as the ideal setting to source some of the purest waters available in the USA today directly from springs.

Robert and Helena have been divinely inspired in their quest to bring healing, accelerated awakening, and unity consciousness to millions of people throughout our world. Although Quantum Sound Therapy has been over 35 years in the making, it stands today as a leader in helping individuals across the globe find inner peace, true relaxation, and reach their highest potential. 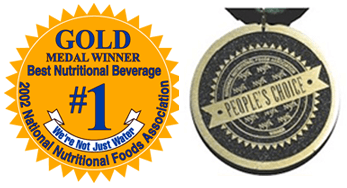 Hear Directly From Our Customers

I wanted to share with you that I have been taking it into the Women’s Abuse Shelter with my crystal bowls, and what a great effect it has had. The staff and even the building is vibrating differently.

This is a mind-melding technology that will enhance your telepathic communication. It will alter your concept of what is possible.

My OmPocket ran out of battery, and I immediately felt all the EMFs that were emanating everywhere and destroying our consciousness.

It is like a swift clearing of loss and upsets… Like hitting a reset button to my higher self, but with the added wisdom of the most recent past loss or upset.